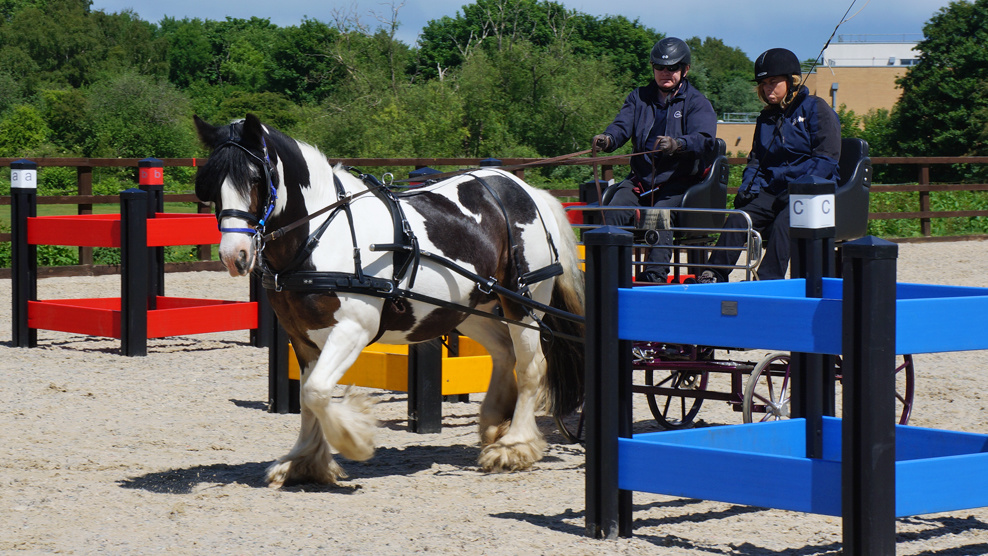 Jack Marr of Bradbourne drives Disney in the obstacles

It was a head-to-head between 2 South East Region Riding for the Disabled groups at Bradbourne Riding & Training Centre, Sevenoaks on Tuesday (24 May) at the annual qualifying competition for the RDA National Championships held in July. Drivers from Surrey’s Stella Hancock group (Worplesdon) and Kent’s Bradbourne group (Sevenoaks) took part in the three combined disciplines of dressage, cones and obstacles with only the top placed competitors qualifying.

The Novice Whip competition was dominated by sisters Stacey and Gemma Tiley from the Stella Hancock group. They came first and second (respectively), both qualifying for the National Championships.

In the Open Whip competition Stella Hancock’s Sandra Spinner (formerly of Cherry Park) took the top spot with Jack Marr from Bradbourne coming second. Both drivers had a successful 2019 Championships and will be hoping for more success in 2022 after the COVID hiatus.